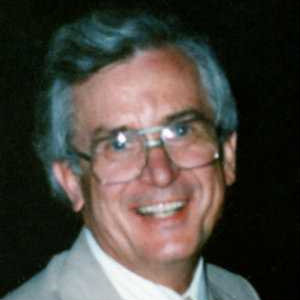 John and I were neighbours for 45 years. We arrived in Sudbury when it was a polluted mining town with barely a blade of grass and almost no trees and joined LU – a university in its infancy (with no graduate programmes and little research) – John a couple of years after me in 1970. He impressed me from the get-go with his remarkable blend of energy, practicality, creativity, and intellect. I watched as he tamed the grounds of his new house then proceeded to remodel, resurface, and extend the house itself; not satisfied with this labour he cast an eye on the wasteland vacant lot adjacent and turned that too into a sylvan glade with fine trees and lawns backing onto a beaver pond. His hand-made greenhouse was a marvel (each pane and support hand cut) and highly productive. He also grew asparagus from scratch in his garden.
John’s career at LU included contributions to collegial efforts (before and after retirement) that were substantial and much valued, so too his devotion to teaching and scholarship. His academic preparation (and roving interests) were reflected in the timely publication of his book (The Sociology of Natural Resources. Butterworths, 1981). This sprang in part from his background (undergraduate agriculture and animal science, McGill University, and Ph.D. in resource development and communications, Michigan State University) and reflected the ferment of the times following the publication of Rachel Carson’s Silent Spring (1962), Garret Hardin’s seminal article The Tragedy of the Commons in Science (1968), and in 1972 the Club of Rome’s The Limits to Growth that were widely discussed on campus over beer and at neighbourhood gettogethers over wine and good food (he and Gale were doughty supporters of the long-gone and much-lamented LU Faculty International Cooking and Wine making societies – AKA the food and plonk clubs … ).
In addition to his academic and gardening activities John extended his construction activities to Manitoulin Island (Dominion Bay) where he hand-built a new beachfront mansion from rough timber he bought locally and worked to fine condition over many years – even to the doors of cupboards and the window frames. Both in Sudbury and in his new house on Manitoulin Island John produced his art – the most remarkable stained glass works (including the window above the Canisius door at the University of Sudbury where he was a founding member of the St. Ignatius of Loyola Parish) and copper and enamel jewelry proudly worn still by many in Sudbury and elsewhere. He was a founder member of Artists on Elgin in Sudbury and took part in its activities for many years as a volunteer.
As neighbours our families were intertwined to a degree – his sons Gregory, Mark, Steven, and Christian played with our children and moved on to careers that reflect John’s interests in things academic, horticultural, practical, and creative. His sons share, in addition to their father’s qualities, their mother Gale’s love of good food and skill in cooking!
As mentioned at the start, John arrived in a city and university that were bleak and raw – he left a community where birds sing in trees that were not there in 1970 and spring is not silent, where the common lands are neither tragic nor bleak, and where the limits of growth have been pushed back some way – if only locally and temporarily. The university had progressed to completion at the time of his retirement and has continued to prosper. He will be missed by neighbours, friends, and colleagues – but his contributions will endure and remind us of his many actions and what one person can accomplish with a saw, a spade, a pen, and a determined, practical spirit.

John was a member of the Department of Sociology and Anthropology when I joined It in 1971 and he served it and the University uncommonly well until his retirement in the mid-90’s. He was, above all, committed to the University as a strong academic institution and to his colleagues and students as a community of equals. His speciality was the sociology of law and in 1981 he published the Sociology of Natural Resources, a book dealing with legal issues surrounding resource ownership and development. He actively promoted the study of law at Laurentian and helped to establish the Department of Law and Justice which now offers a full interdisciplinary BA programme focusing on multiple aspects of the law in Canada.

As a colleague he will be remembered fondly by those who benefitted from his generosity, integrity and openness. In the early days of Laurentian, when it was smaller than it is today, relations between colleagues were more informal and people felt bound together by a communality of purpose. We met in each other’s houses, we helped each other out with family or personal problems and, we enjoyed each other’s company. As the University became larger and more formal in its relations, John never forgot that early sense of camaraderie and he embodied it in the way in which he conducted himself with colleagues and with students. When he was Chairman of the Department he strove to foster a sense of social harmony and common purpose. He and his wife Gale invited colleagues and students to their house for social gatherings and helped to make everyone forget their differences. I don’t remember another time when our students felt so valued as members of the academic community and that sense of belonging was an important contributor to their academic development.

I knew him as a good friend. An adept handyman, he was always ready to help others out with home projects and repairs and he enthusiastically joined in outdoor activities with colleagues. He was comfortable speaking French and was an important bridge-builder in a department that prided itself on its bilingualism. He was a quintessentially Laurentian figure, helping to define a young regional University endeavouring to make a place for itself and overcoming academic and cultural rivalries in achieving a distinct northern identity. His legacy will be an enduring one.

In Loving Memory of John Elliott 87 years. John was born to Flora Renaud and Thomas Elliott in Aylmer, QC. He fondly leaves behind sisters Dorothy and Helen Elliott. He is survived by his wife Gale Elliott (née Thomas). Loving father of four sons: Gregory, Mark, Steven (Sandra Bond) and Christian (Linda Ecclestone). Gramps to Liam, Alexandra, Quinn, William and Elizabeth. John attended St. Patrick College and Lisgar Collegiate in Ottawa. He received his B.Sc. (Agriculture, Animal Science) from MacDonald College, McGill University. Graduate studies were spent in Michigan State University with a M. Sc. in Extension Education and a PhD in Resource Development and Communications. John worked at St. Francis Xavier University in Antigonish, NS as Research Director for Community Development programs. In 1970, he moved to Sudbury where he taught in the Sociology Department at Laurentian University where he earned the title of Professor Emeritus. John was an extraordinarily talented man who enjoyed many hobbies. He built a family cottage at Dominion Bay on Manitoulin Island where he spent time doing stained glass, copper enameling and woodworking. John was also an avid fisherman and spent many beautiful summer evenings in Dominion Bay with sons, grandchildren and dogs trolling for the big one. John was an artist who participated in the Studio Tours both in Sudbury and on Manitoulin Island. He was a founding member of Artists on Elgin and volunteered at the shop in its early days. John was a deeply spiritual man; he was a founding member of the St. Ignatius of Loyola Parish – University of Sudbury. A special thanks to Dr. Garrioch, Dr. Bora, Dr. Shoesmith, Dr. Roberts, Dr. Tenhunen, Claire Warren, the entire Maison McCulloch Hospice staff, the wonderful support of the Home Instead program, Roxanne McGrath, the Bayshore nursing team, and all the other caring health professionals. A Celebration of John’s life will be held on Saturday, July 7, 2018 at the Canisius Hall, University of Sudbury. Mass will be from 3:00 until 4:00 p.m., followed by a reception (with a meal) at 4:30pm (come late if you want). Donations may be made directly to the Sudbury Hospice Foundation – John Elliott Memorial Fund. (maisonsudburyhospice.org/donate/) Arrangements have been entrusted to Ranger’s Cremation and Burial Services Ltd. Online condolences can be posted at www.RangersSudbury.com